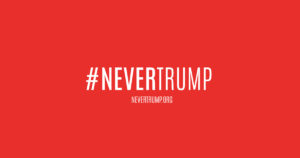 The sad truth of the Never Trump movement is that it came paradoxically too late and too early. It arrived at the exact time it was too late to beat Trump in the Republican primaries. [Why nobody thought Trump was “a serious threat” despite him leading in every primary poll for the better part of a year will baffle historians for decades to come.] Yet also way too early for the general election which is still six long months away, and hasn’t technically even started yet, as Bernie continues the Sisyphean effort of pushing that damn boulder towards the nomination.

Never Trump (Conservative-flavor) was always destined to fail. It just took too long for the GOP Powers That Be to realize what a threat Trump truly was, and the conversation was “Will it be Rubio or Bush?” even after it was obvious neither of them stood a chance. While the neocons were obsessing over a fantasy race for the establishment leftovers, Ted Cruz’s ultra-cons thought he could just remind people that federal government sucks (he ran the best campaign 1824 could hope for), and John Kasich seemed to be drifting through time, space, and sanity with a campaign that was heavy on hugs and light on reality. The Republican Party was content to get high off its own farts while Trump went about the tedious business of actually winning states and actually sitting down to be interviewed. [Other candidates can complain about Trump’s media attention, but Rubio was a hyper-protected robotron who didn’t seem comfortable even being interviewed by someone not wearing a Rubio button. Ted was likewise unable to treat the media with anything but open disdain and neglect, then loudly complained whenever they returned it.]

Conservative Never-Trumpers were so often ridiculous because there were so many of them to look ridiculous. The Republicans started out with 17 candidates, and they still had half that number even after Iowa. Jeb Bush didn’t have a snowball’s chance in Mississippi of becoming President, but it didn’t stop him from sucking up monster cash and dissing people with better prospects on his way out the door. Did anyone tell Chris Christie, John Kasich, Marco Rubio, Jeb, or Ted to consolidate behind one candidate last year when it would have actually made a difference? Would any of them have listened even if somebody had told them?

The inherent flaw in the Never Trump movement (primary 1.0 version) was that everybody thought they were the Trump slayer. They all kept lining up to take their shots, and it only made the attacks on Trump less potent, and “Big Don” himself more immune to them. [He beats Lindsey Graham to take on Jeb to take on “Little Marco” to take on Lyin’ Ted, like a boxer climbing the ranks.] In a month’s time period, George W. Bush and Mitt Romney both attacked Trump, and his poll numbers actually went up. Trump only even began to stumble once it was down to him and Ted Cruz (with Kasich floating off into the outer sphere of relevance), and that’s a match-up that should have happened a month before it did.

If only Trump and one other candidate had run this time out, would Trump be the nominee? Probably not, but who could have beaten him? The fact that I’m not sure whether the answer’s Marco or Kasich tells you something about why so many of these fool’s egos kept them from letting someone else take the lead.

Now the job will fall to who it always was going to: a Democrat. Not just any Democrat, but Hillary Clinton, one-half of the Democratic power couple known for making problems disappear. Trump shouldn’t be too tough for someone who’s taken on Gaddafi, Putin, Assad, and Slobodan Milosevic. Hillary is the exact person to face off against Trump, and a reminder that even though the conservative Never Trump movement is dead, the liberal one is just getting started. 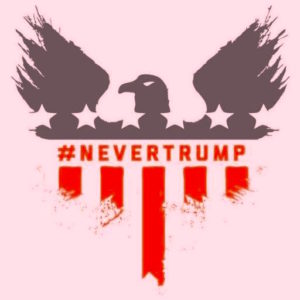