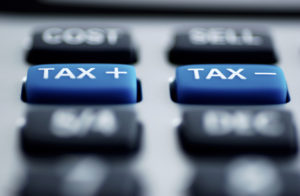 John Kasich…The Good: Uhhh, I guess he offers hugs? The Bad: Nothing more expensive than a pregnancy you don’t want, and Kasich’s one-man mission to shut down abortion clinics in Ohio has probably cost some single mothers a lot of money. Overall Verdict: Kasich was the only 2016 candidate who didn’t release a detailed tax plan. So who knows exactly how good or bad he would have been. Now that he’s joined Jeb and Mitt Romney in that great ex-candidate cloud in the sky, I guess we’ll never know. Grade: Inconclusive

Ted Cruz…The Good: Hahaha, there’s nothing good for working class people in Ted’s tax plan, although he does offer (very small) tax cuts to the poor, and a few hundred dollars to middle-class families. Plus, he would say that cutting taxes for millionaires will create massive job growth for blah blah blah. The Bad: Trickle Down Economics is a proven failure for the working class (it’s called Trickle Down because the working class gets pissed on). Ted has massive tax cuts for the wealthy, and extremely small ones for the working class, but his plan would actually shift more of the burden to them through higher sales taxes. Overall Verdict: He had—by far—the most regressive tax plan of any candidate running, and I’m thrilled that he’s gone. Grade: F

Donald Trump…The Good: Trump’s tax plan is insane. Although it does cut middle and working class taxes by nearly as big a percentage as it does for the wealthy. The Bad: Sure, Trump is more progressive than Ted Cruz, but who isn’t really? By cutting taxes on both ends of the spectrum with no real plan to pay for any of it, it’ll create a deficit that would all but guarantee slashing government services and jobs that working class people really need. Overall Verdict: Most working class people—to be honest—need more government services than they really need a big tax break. Grade: C-

Bernie Sanders…The Good: Bernie has plans to help the middle, working, and poor class with his tax increases. He’d like to institute a trade-off where everyone pays more taxes but middle to lower income people are the beneficiaries of that largesse. More education, healthcare, and retirement benefits are all things that will indirectly help the economic prospects of most working class people. The Bad: But his plan is technically regressive since it would increase taxes on middle, working, and even lower class people. [Vox’s tax calculator averaged that even someone making only 20,000 a year would have an additional 2,000 in indirect taxes, which of course they can’t afford.] Also, it’s a curious flaw in Bernie’s working class revolution that most of his proposals aren’t for the working—they tend to focus more on retirees or teenagers—and only infrastructure spending will have any real job creation for people currently working. And the biggest, most ironic flaw in Bernie’s plans is that they typically don’t have enough government, since they want free healthcare and education without any real price controls or salary caps to reign in spending. Overall Verdict: Bernie’s heart is in the right place, but it’s doubtful his proposals would really benefit the people he’s trying to help the most. Grade: C+

Hillary Clinton…The Good: It largely depends on what you think of our current tax system, since Hillary is offering the least change from Obama’s policies. She’d like to see small tax increases and small improvements in government services. But since I believe most other plans are more regressive—either intentionally or unintentionally—she really is offering the best of the lot. She’s basically creating improvements where they’re possible and changing things that seem small (a social security loophole here, a trade clause there) but actually add up to directly helping millions of people. The Bad: Republicans would say that we can’t afford any new taxes on the wealthy (they’re wrong) and some liberals would say that Hillary needs to offer much more punitive taxes on them of 50% or higher (they’re also wrong). The idealogues don’t like Clinton’s proposals because they either don’t punish the rich too much or they don’t help them out enough, so there’s division. Of course, if you’re working class, all you really need to know is that Hillary will raise your taxes very little (most Vox calculations put it at $50 for most people and a few hundred for those over 50K) and you probably won’t even notice it. Overall Verdict: If you just go by how much more working class people will pay, Hillary is actually the most progressive, even if it might look a little more status quo than that. Grade: A-