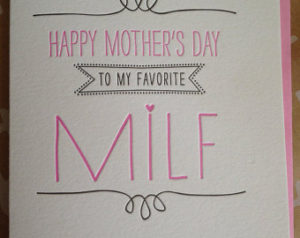 That failed communist known as Alabama Liberal hasn’t let me post anything in more than two years, but I finally found a way to hack into his site. It turns out, his password is password, and even though it took me three hard years of trying (mostly by looking for a library so I’d have computer access) and a book on hacking—that I burned for warmth during the cold months—I’d say it was worth it. I also had to invent a fake coupon for Starbuck’s “Fagtacular Block Party” for the night of May 7th to make sure he wouldn’t see this, but it’s all worth it if I can share just a little bit of my little bit of knowledge.

Because “Mother’s Day” is the real Valentine’s Day of Alabama. Many successful Bachelor’s don’t even refer to it by its Hallmark-name, we call it “Single Ladies Day.” In the South—where “whoops” pregnancies overpower “planned” ones (whatever they are) by Trump vs. Jeb Bush numbers—it’s what V-Day promises but never delivers: actual single women who are actually vulnerable and actually feeling the socio-biological gravity of “I need to find a man.”

It couldn’t be easier to get a date. You just have to follow a few key phrases: “You sure are a good mother [name, probably followed by something Lynn, Rae, or Beth].” “I don’t know why the courts said different.” “Really? He don’t pay any child support?” “Is there anybody who appreciates all you do?” “I hope somebody’s carrying you out that weekend because you sure deserve it.”

And just like that, you’re about as charming as one of those closet-cases they get on “Beard Search” (or I think it’s called “The Bachelor”) that all them ladies are swooning over.

But what about a touching, heartfelt tribute to the all-time hottest MILFs? Just as long as it warms the heart and we don’t disrespect the MILFs too much and make sure to include a lot of mentions of their fuckability, I don’t see a problem…

2. Johnny Depp…We’ve all got a thing for the Latinas. I know, I know, Bubba is part of Trump’s NINJAs (No Immigrants, No Jihadis, No Aliens) and have personally signed up to guard the border—of Alabama, you can never be too careful around those Tennessee people—but there’s just something about Senorita Depp that makes me want to do the cha-cha. And I’m pretty sure she’s legal and–what’s that you said? She’s a WHAT?!!!!

1. Michelle Bachmann…After taking a half-dozen boiling, Silkwood-strong showers to get my number two pick out of my head, I’m sure at least one of these women is an actual mom. Michelle had like a dozen adopted kids, and she’s one of the rare conservative, family-values espousing women that’s actually got kids (otherwise I’d be rocking Ann Skeletor Coulter’s steel bird-like frame in this spot). I’ve always been a sucker for a pair of hyper-intense, yet slightly-off-focus eyes.

Anyway, who’s on your top spot? And what are your own Mother’s Day seduction techniques (I didn’t even have time to get into Golden Coral Vs. Western Sizzling for romantic ambiance)?